A decline in biodiversity, or the variety of life in an area or ecosystem, is the third challenge identified by scientist Lisa Schulte Moore.

“While our current agricultural system achieves record productivity in crops and livestock, it is also associated with serious environmental shortcomings, including declines in water quality and biodiversity, increased flooding and greenhouse gas emissions, and even degradation of the foundation of agricultural productivity: the soil” (Schulte Moore, 2014). 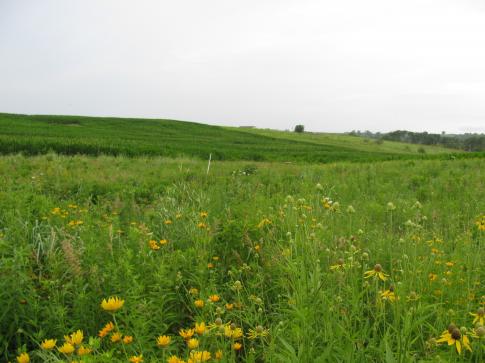 Pictured above is a planting of a diverse mix of prairie plants incorporated into the agriculture landscape increasing the overall types of life found in that area.

Simply stated, biodiversity is the variety of life (NWF, 2017). The conversion of land from perennial prairie where once a variety of plant and animal life lived, to row crop agriculture where one or two crops dominate, has greatly reduced the variety of plant life and subsequent habitat for a variety of animal wildlife. While declining numbers of migratory monarch butterflies is now capturing popular attention, the loss of less conspicuous forms of life is also concerning. 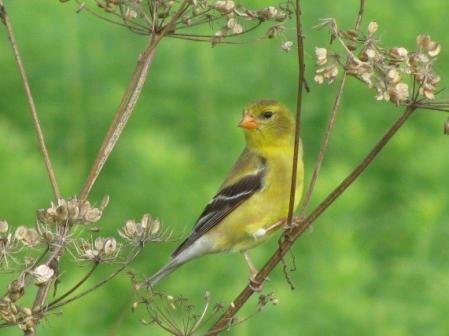 Click the link to learn more about the importance of biodiversity: What is Biodiversity?

The loss of biodiversity and wildlife habitat is concomitant with increased Iowa land area in row crop production. About 85% of Iowa was once covered by prairie. Today, much of the state is in agricultural production; specifically, 74% is in row crops. Such large-scale conversion of perennial prairie to row crop agriculture has greatly reduced the native habitat and biodiversity throughout the state. The loss of native habitat and biodiversity has not only negatively impacted plant diversity but also the diversity of birds and beneficial insects such as pollinators and natural enemies of crop pests.