Land degradation due to soil erosion

Three reasons why soil erosion is an important issue:

Further evidence of the impact of soil erosion is supported by Eswaran et al. (2001): “The productivity of some land has declined by 50% due to soil erosion and desertification.”

Harris and Iyer (2014) also capture the severity of soil erosion by saying:

“…over half of the prairie-built topsoil of Iowa has been lost in the past 50 years.”

Click the link to learn more about Soil Erosion and other types of land degradation.

Pictured below is an example of gully erosion caused by water carrying soil particles down slope along a grass strip. Gully erosion is one of the most noticeable types of erosion. Sheet erosion is just as severe, yet less noticeable. 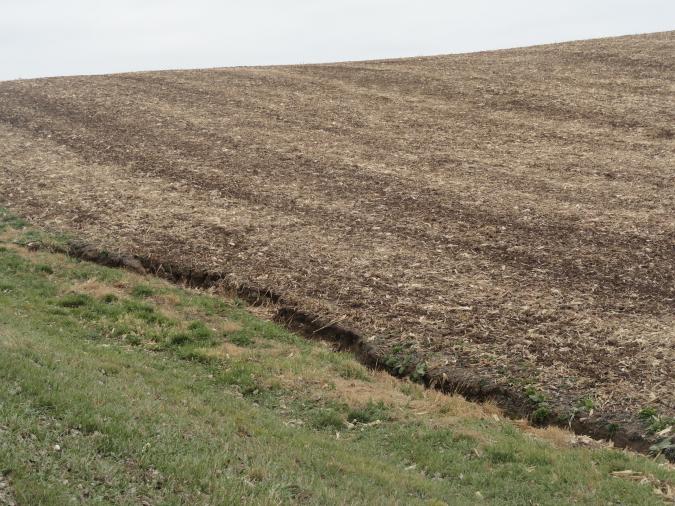 The following are potential negative consequences of soil erosion: 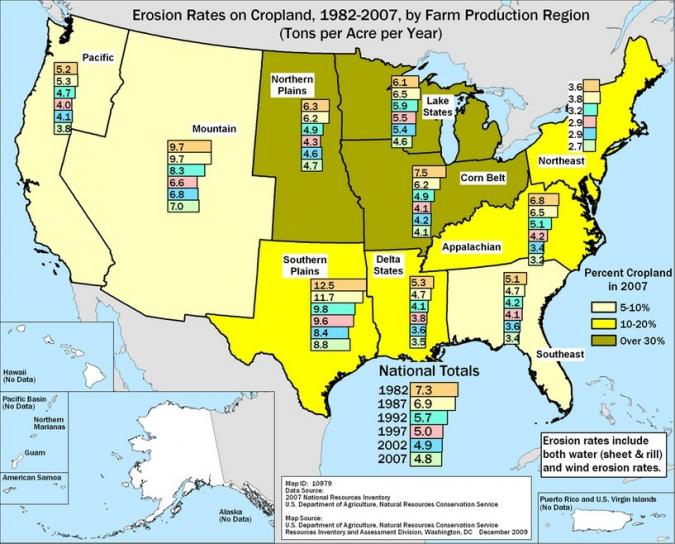 Click the link to learn more about Soil Erosion Trends